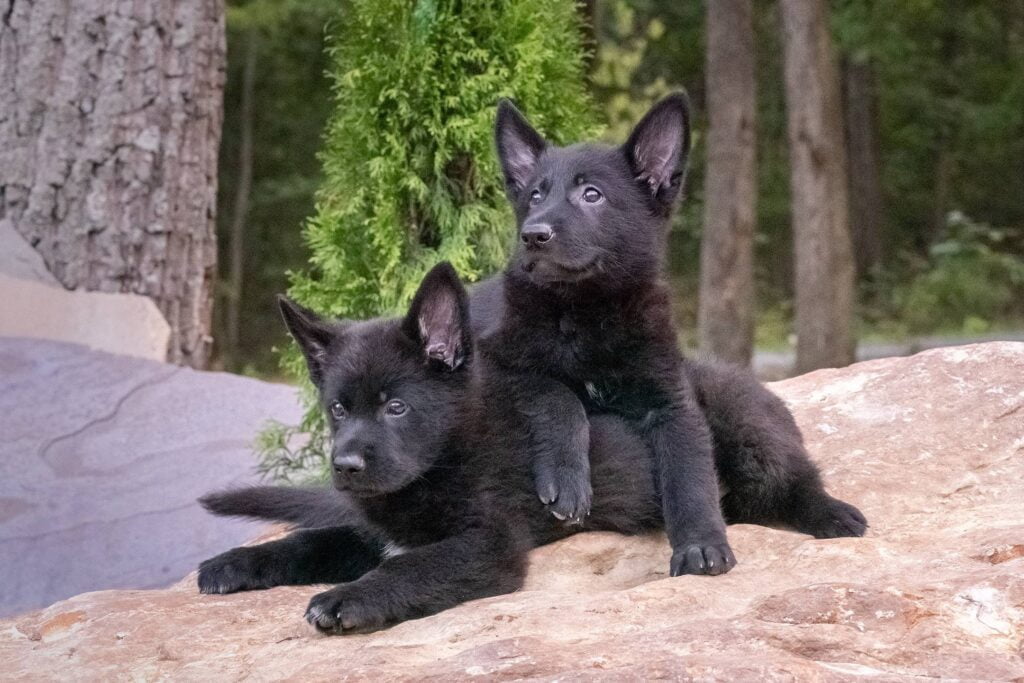 The True Costs of Dog Breeding

The Costs of Breeding Dogs

Dog breeding is a complex process, and most people don’t realize what goes on behind the scenes. Most people think it’s as simple as just getting a male and female dog, and hoping they produce offspring. For a regular dog owner who is trying to make some extra money from their puppies, that might be the case. But for accredited, professional dog breeders, this is far from accurate.

There are many factors that come into play when breeding purebred dogs, and the process comes with a hefty price. Oftentimes, those who are in the market to buy a dog are astounded by the cost, and may even think it’s a scam; however, they may not realize that they are paying for high quality.

A lot of top-notch breeders pay quite a premium to make sure they deliver healthy puppies, and they have to prove it by entering the parents into contests and sporting events. Anybody can say their dogs have some of the best attributes, but when you’re paying thousands of dollars, they better be able to prove it.

To become a trusted breeder, they need more than just their word to show they have healthy, intelligent dogs. Breeders will often enter the parent dogs into contests to prove that the dogs truly carry superior genes. The American Kennel Club holds events and shows where they evaluate the dogs as they compete, and the dogs can earn titles based on their performance and looks. This whole process may seem pretty simple, but it takes a lot of time, effort, and money to win a title. You have to factor in that most of these dog breeders are traveling far to partake in these events, and they have to pay for food, hotels, gas, and sometimes flight tickets.

On top of all of that, you don’t even see the countless hours of time they put into training and caring for these dogs. The cost of all this can significantly vary, but the average cost ranges from $10,000-$15,000 for getting a Champion (CH) title. Now, some of these titles may not matter to most dog owners; they may not care whether or not the dog they’re buying has outstanding agility or an amazing sense of smell, but it does show that the dog will most likely be smart, obedient, and well behaved like its parents.

For some dog owners, they do care about how well the dog can perform in sporting related events. They may want to enter the dog in future sporting events themselves, or maybe they just want a good guard dog. Whatever the reason may be, it’s good to find one whose parents have a good track record of competing in sports.

Sporting events are a great way to put their dogs’ abilities to the test, and if the parents are extraordinary in what they do, their pups are likely to be exceptional as well. The average cost of entering these events is a little less than getting a CH title, but it still puts a dent in the wallet, costing around $5,000-$10,000 per sport.

Before deciding to purchase a dog, you need to make sure the dog has had proper health testing. If the breeder has done health testing on the puppies, which all good breeders will do, it will contribute to a higher up-front cost, but can save you money in the future. If you were to buy a dog with severe health problems, it can lead to a shorter life span and lots of medical bills.

There are many types of health tests that can be done, but the most crucial test to get is a DNA test, where they take a look at their genes to see all the possible health problems they could have. Another common way to test for any health issues is screening for a CHIC number, which is a certification of being tested for every disease or health problem that is common in that breed of dog. The testing varies from breed to breed, as each has different health problems that are common among them.

To give you an idea of how much this costs, we will go over the types of tests done for German Shepherds, and how much these tests generally cost.

These costs do vary upon breed and some breeds require more or less testing.

As far as testing goes, getting a CHIC number isn’t a necessity; however, DNA testing is very important, because it gives a more detailed list of genetic problems the dog may have or carry onto its offspring.

There are a wide range of tests that breeders may do on their dogs, so the cost will vary, but at the very least, you need to make sure they have done Hip and Elbow tests before deciding on a dog.

When it comes to breeding any dogs, there are a lot of hidden costs that are hard to factor in. These costs are hard to keep track of, and some you can’t really count. These breeders are taking care of all of these puppies, which requires a lot of maintenance. They have to pay for food, water, grooming, and other little costs that add up over time. They also invest a lot of time into what they do, and spend countless hours tending to the animals’ needs.

The initial cost of buying a healthy, well bred dog can be quite shocking at first. Most buyers think that the price is outrageous, when in fact, it usually isn’t as high as the breeder would like. For how much work breeders put in, they should charge a lot more than $2,000, but they know that not nearly as many people would pay $4,000-$5,000, so they have to keep the price tag lower than they’d like.

However, if you are looking to buy a dog of any kind, don’t go with random people you find online; stick with reputable people such as North Mountain Kennels who know what they’re doing, even if it costs more upfront.


Get Updates on Upcoming Litters From NMK 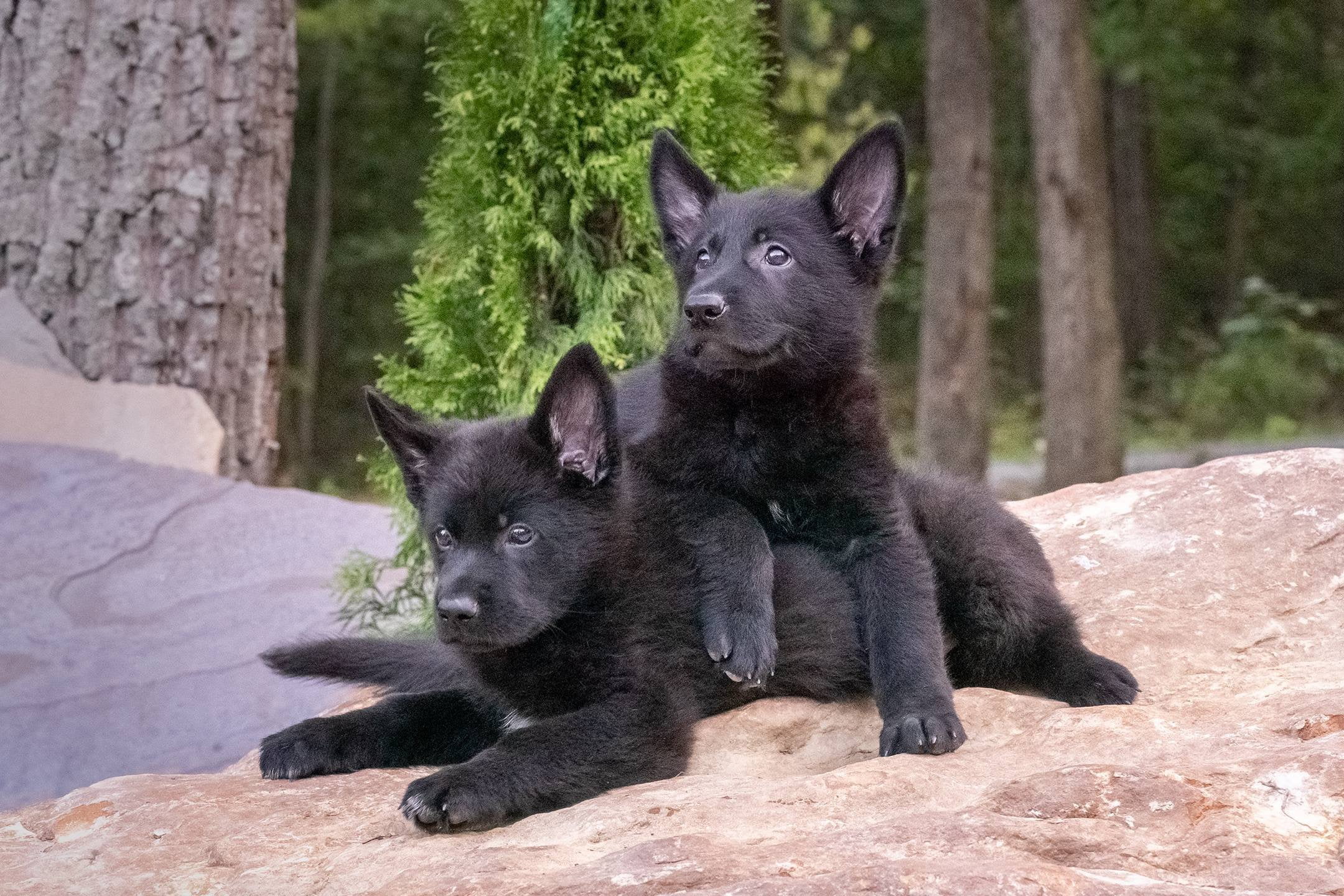 Get in touch with us today to get answers to your questions.
Contact Us!
North Mountain Kennels breeds DDR and Czech working line German Shepherd puppies.